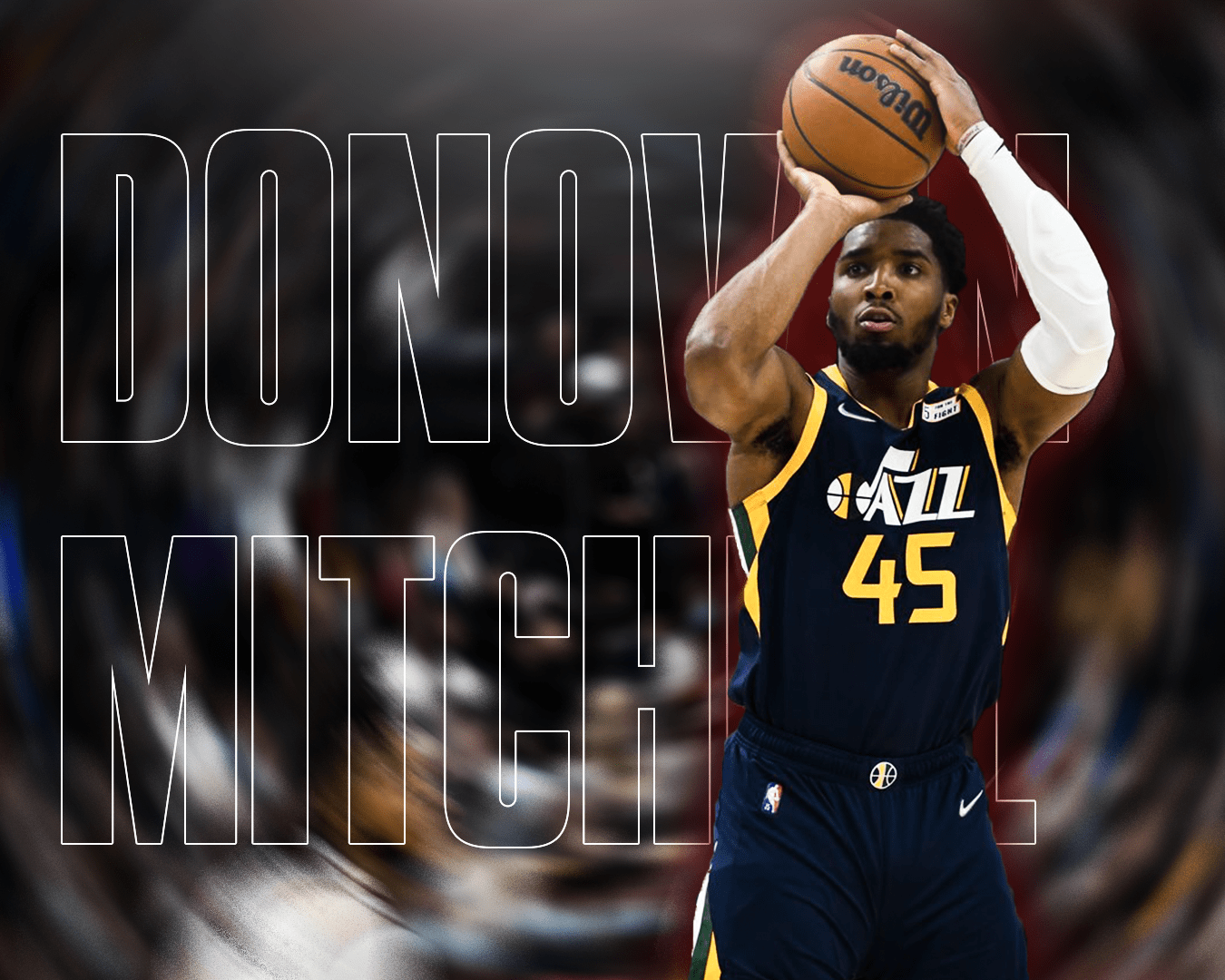 After weeks of speculation and enough buzz on social media to make your head spin, Donovan Mitchell has been traded by the Utah Jazz to the Cleveland Cavaliers. The deal includes Cleveland sending Collin Sexton, Lauri Markkanen, Ochai Agbaji, three unprotected first-round draft picks, and two draft swaps in exchange for the three-time All-Star from Utah. In this article I’m going to break down what this means for Cleveland, why you shouldn’t (completely) panic as a Jazz fan, and the potential for a new concept of playstyle in the NBA.
In 2021, the Cavs flashed the potential of developing into a legitimate threat in the Eastern Conference. Cleveland doubled their win total from last year this past season and clearly showed tremendous strides in their improvement on the floor, especially towards the end of the season. Led by All-Stars Darius Garland and Jarrett Allen, the Cavs earned their identity onthe defensive end. Head Coach J.B. Bickerstaff and his staff did a tremendous job, and Cleveland ultimately finished in the top ten in both defensive rating and opponent points per game. Garland was electrifying all year long and posted impressive averages of 21.7 points, 8.6 assists, and 3.3 rebounds per game. He has made improvements statistically every season and passes the “eye test” with flying colors. Known by Cavs fans as “DG”, his game is smooth and satisfying to watch. His change of pace is unpredictable for defenders, he has super soft touch around the basket and his rainbow-arc jump shot is a thing of beauty. Jarrett Allen, by contrast, is ten inches taller than Garland and imposes his will closer to the basket, rather than up to 30 feet from it. Allen blocks shots down low, grabs an impressive 10.8 rebounds per game, and is a constant threat close to the rim offensively–in large part to the attention that DG and the other Cavs guards draw. I would be remiss if I didn’t mention 7-foot rookie sensation, Evan Mobley. Mobley and Allen combined to be a major reason why the Cavaliers ranked as the highest-rated interior defensive team in the entire NBA. Now that we understand the uniqueness of having basically two 7-footers in your starting lineup, let’s discuss where Donovan Mitchell fits in.
In the 2021-22 season, Cleveland ranked 25th in points/game and 20th in offensive rating. They also finished 22nd in three-pointers made/game. Bottom line, the Cavs needed offense–bad. However, they just picked up one of basketball’s most valuable offensive assets. According to data from basketball reference, Mitchell ranked in the 100th percentile in 3-point shot creation and the 99th percentile in a new stat–scoring gravity. Scoring gravity is used to describe how much engagement an individual player receives from an opposing team. Donovan Mitchell commands so much attention when he’s on the floor that all of his teammates benefit from playing with him. This will alleviate some of the pressure from guards like Darius Garland, Isaac Okoro, and Caris LeVert. This past season, Mitchell averaged 25.9 points, 5.3 assists, and 4.2 rebounds per game for the Utah Jazz. He’s also a proven playoff scorer with some ridiculous postseason averages. During the 2019-2020 playoffs, Mitchell averaged 36.3 points per game on an otherworldly 51.6% mark from 3.
Now I know it looks bad, Jazz fans, but there’s actually a lot to be excited about in Utah. First and foremost the haul that the Jazz got from their two All-Star players was immense. Utah’s CEO of basketball operations, Danny Ainge, facilitated both of the trades and has set the team up for a bright future. The Jazz have a mind-boggling 15 first-round draft selections in the next seven drafts. Additionally, the team has an interesting pool of young talent like Jordan Clarkson, Collin Sexton, Lauri Markkanen, Talen Horton-Tucker, Jarred Vanderbilt, and others. Jazz fans, whether you believe it or not, your franchise will be okay. Will they reach the Western Conference Semi-Finals next year? Probably not. But, they are in a solid position to rebuild and be right back in the conversation as one of the best teams in the league.
Personally, I’m thrilled with this trade as an NBA fan. I’m excited to see how the Cavs use Donovan Mitchell and what lineup they decide to field with him and DG in the backcourt. See, it’s interesting because that will make their starting guards 6’1” and 6’1”. As I touched on earlier, Cleveland was the biggest team in the NBA at times with lineups that included Mobley, Allen, and Markkanen on the floor at the same time. Having extreme size down low and a lack of height in the backcourt makes for an interesting style of play. Nonetheless, I will be glued to my TV this year watching Cleveland and the entire Eastern Conference. One thing I love  about this Cavs team is that their roster is filled with players who have flown under the radar. It was easy to write them off in the past, but it will be impossible to in the future.