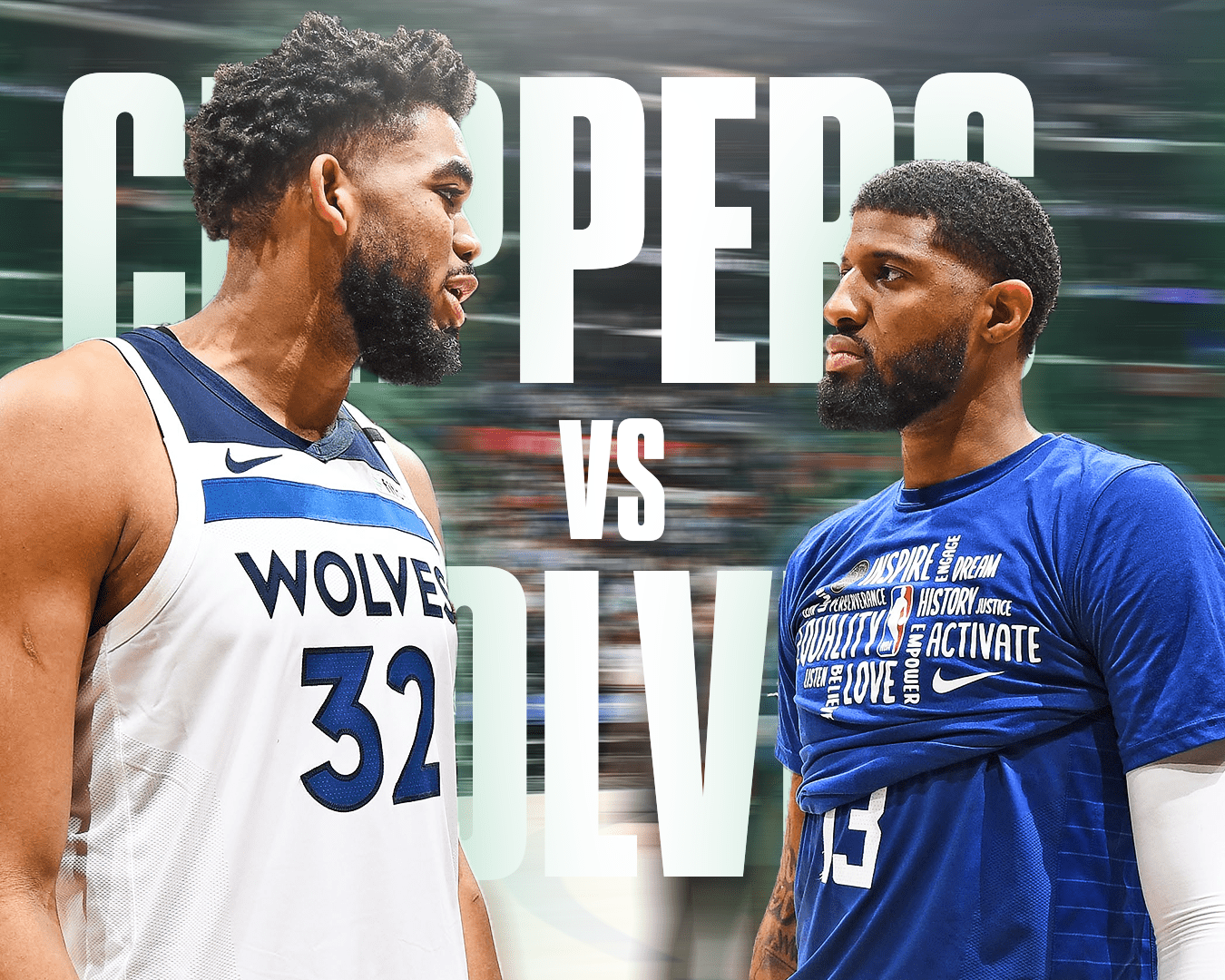 Zubac was subbed out at 8:30 for Batum. Tyron Lue is testing a smaller lineup due to the fact the only back up big iis Moses Brown. Batum’s court vision for the wide open lay and D’Angelo Russell with the slight poster right after. The Clippers’ had a strong start against the Timberwolves.

Zubac, down in the post,  able to effectively get his shot off and showcasing his footwork. KAT’s ability to draw fouls early in the first.

Clipper’s looking to feed Zubac down in the post especially when Wall, Leonard and George are on the bench.

Paul George and Reggie off the pick & roll nicely as Kawhi showed up with a dunk down the lane and the turnaround jumper in back-to-back plays right after. At this point, Leonard has eight points, shooting 50% FG and two assists.

Morris with the dunk. The Clippers look very cohesive with George, Morris, Batum, Leonard and Covington with 4:21 seconds to go in the second quarter.

Anthony Edwards back in with the offensive rebound off the back and attacking the basket in back-to-back plays.

Impressed with the Clippers ball movement. Edwards is coming back stronger this quarter and more aggressive to get to the cup.

Wall, George, Zubac, Morris and Jackson start the second half for the Clippers while Russell, Towns, Edwards, McDaniels and Anderson start for the Timberwolves.

Paul George feeling it with the windmill dunk forcing a Timberwolves timeout at 8:48 in the 3rd.

Reggie Jackson with the three-pointer and and-1. Timberwolves back in the game closing the gap to 83-81.

John Wall ends the quarter with the spin to the lay putting the Clippers up to 93-91. Wall is looking like the emotional leader that the Clippers’ may need.

Behind the back lay-finish with ease by John Wall. Wall leading with 20 points in 19 minutes. Lou subs in the younger guys and right off the back you see Diabate’s shot blocking focus.

The Timberwolves defeat the Clippers 119-117.