Top Prospects From European U16 Championship – A Division 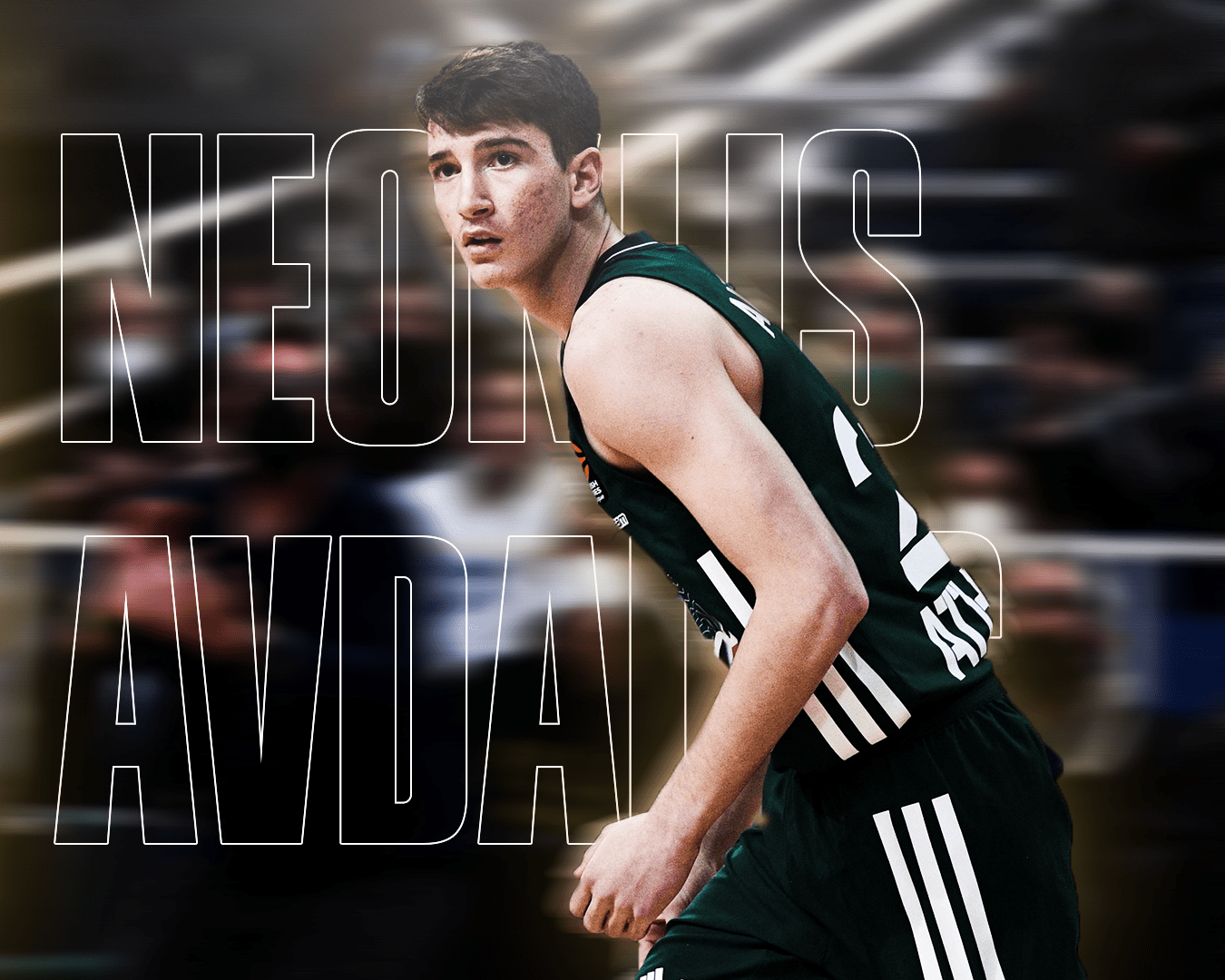 Greece have been one of the dominant forces of the FIBA U16 European Championship, earning a spot in the last four of the competition.

Behind their success is a balanced team with several important contributors. Their top prospect is undoubtedly Neoklis Avdalas, who already signed a five-year contract with Greek powerhouse Panathinaikos OPAP. The skilled forward is widely considered one of the most intriguing youngsters in his age group and put on a show through the whole tournament, where he shows why he is one of the greatest players from his generation and for sure he could be a great asset for the Greek national team in the future.

The first thing that sticks out about Avdalas’ game is his ability to create shots for himself and others, while standing at 2.01m. He uses fluid dribble combos and impressive footwork to create open jump shots.

With his size, he can easily shoot over most defenders, and while his output and mechanics need a bit of improvement, he converts a ton of difficult pull-up jumpers, making him one of the most talented shot makers in European youth basketball. From a stylistic perspective, how he gets to his spots, especially in the midrange, and then rises up over them to knock down jump shots, is reminiscent of the likes of Kevin Durant and Shavon Shields.

Furthermore, Avdalas loves to create for others, especially out of pick-and-roll. He handles the ball well for his size, even under pressure, displays good passing vision and consistently shows his unselfishness. Couple this with the fact that he can see over most of his defenders, and you have a tremendously skilled passer, who often brings up the ball and creates shots for Greece.

If he can turn his flashes as a shot maker into consistent production from midrange and from three, he can leverage these skills to draw in the defense and create passing windows. He already excels at baiting defenses into contests by seemingly rising up for shots, and then finding the open man while in the air. While it’s difficult for players his size to fill a primary ballhandler role, it’s easy to see him in a secondary role at a high level of professional basketball in his prime, assuming he develops well.

Avdalas is dominant in transition, since he’s a very good athlete and Greece’s defense has created many opportunities to run the break. In the half-court, he’s passable at creating shots at the basket. Becoming elite at this skill at that size requires an outrageous combination of ball- handling and physical tools, which only few players like Luka Doncic or LeBron James possess. It would be incredible if Avdalas could develop into anything close to that, but he can become an awesome player either way.

Defensively, Avdalas is at his best off the ball, where he can use his tools to make an impact in passing lanes and around the rim. He’s a good athlete with long arms, and he understands how to use them to create extra possessions, averaging 2.4 steals and 0.8 blocks in just 22.2 minutes a game, including two crucial clutch rejections in the fourth quarter against Israel.

With his frame and wingspan, he can also cover multiple positions defensively. He is very good at switching, especially on the perimeter, using his lateral movements and his size in order to neutralize any penetration, ISO.

Avdalas was impressive when it comes to putting pressure on the ball and off the ball when Greece was putting full court pressing against their opponents, where Avdalas showed great ability to anticipate and execute defensively. Avdalas has bright future in front of him, which he showed in front of the spectators through the whole week. Of course, the 16-year-old has plenty of physical maturing ahead of him, but he certainly has the chance to become a great player, offensive executor, threat for every opponent’s defense with his great offensive versatility which makes him difficult to guard and a good help defender at the professional level given his size, mobility, vertical and solid feel for the game.

It was a long time coming, but Lithuania won the FIBA U16 European Championship for the first time since 2008. Throughout the tournament in Skopje, they were the dominant side, beating the other four top-ranked teams on their way to the title.

Leading the Lithuanian team in scoring, skilled wingman Nojus Indrusaitis was voted into the tournament’s All-Star Five. For the US-born youngster from the Chicago area, it was his first tournament on European soil, and he immediately made his mark with consistently good performances throughout the event.

His ability to drive to the basket sticks out immediately about Indrusaitis’ game. Throughout the tournament, he was a consistent presence at the rim. Opponents had a lot of trouble trying to keep him out of the paint, which is why the 16-year-old finished with the fifth most free throw attempts in the competition. Standing roughly 1.95m, the wing combines a good first step with solid ball-handling skills, which allowed him to effectively score out of pick-and-roll and attack closeouts.

Indrusaitis can drive to either side and has a plethora of moves that allow him to lose defenders on the way. For one, he’s good at maneuvering tight spaces with his dribble alive. Secondly, he effectively changes up the length of his strides to create shot windows, and he also flashes the ability to use his body to open up space, for example by bumping his defender with his hips. At the basket, he’s a solid finisher, who impresses with ambidexterity. In Skopje, he confidently went to his left off-hand on several layups and had a good success rate on them. Furthermore, he shows glimpses of a floater game to counter defenses focused on sealing off the rim.

In addition to his driving ability, he also shows intriguing shooting potential. Indrusaitis finished the tournament shooting 9-of-25 (36 percent) from three and 33-of-41 (80.5 percent) from the free throw line, the fifth-best percentage among all participants with at least 15 attempts from the charity stripe. The Lithuanian clearly has high-level touch and the potential to become a very good shooter.

Indrusaitis’ scoring game is already very polished – after all, he finished the tournament with 15.1 points per game and a good true shooting percentage with 56.8 percent – but like any 16-yearold, he also has plenty of room to improve. His best passing read, which he consistently makes, is finding the roll-man when defenses send two players at the ball. He shows that he is very unpredictable when it comes to a Pick and Roll game where besides his ability to do a great passing reads for the roller and for the others, he can create for himself also.

He can create shots for himself at a decent rate, but he was also able to co-exist with Lithuania’s other guards because he’s an active off-ball mover, can efficiently knock down spot-up threes and is a great closeout attacker. Even though Indrusaitis, Kasparas Jakucionis and Mantas Laurencikas like to have the ball in their hands, they managed to play together and make each other better, which was ultimately a key part of them winning the gold medal, and it can also be a big reason why Nojus Indrusaitis can develop into an excellent player at the professional level in the long-term.

In his first FIBA tournament, Nojus Indrusaitis exceeded all expectations and proved why he’s considered a high-level prospect over in the US as well. The wing displays an outstanding scoring game with his ability to get to the rim and finish there but also knock down shots from distance. With his combination of athleticism and skill, the 16-year-old can become a key player for Lithuanian youth national teams for the next few years, and he also has high potential as a pro. With proper development and a bit of luck, Indrusaitis could become a staple of Lithuania’s senior national team, and he’s not the only player from this U16 squad who has the potential to do so either.

Spain was struggling in the group phase, but once again their coaching staff showed how and when it’s the most important moment to increase the teams form. They were runners ups on the Tournament, with their talented point guard Mario Saint-Supery getting an MVP award. He was their best player through the whole tournament not just from the scoring aspects but also as a motor, leader of the team connected with his great playmaking skills.

Saint-Supery, who poured in 31 points in Saturday’s Final as Spain were beaten by Lithuania, shone bright throughout the week in Skopje and averaged 21.9 points, 6 rebounds, 4.1 assists and 2.7 steals per contest.

The first thing that we must point out for Mario’s offensive game is that he’s athletic slasher with great ability to push the ball and increase the level of the offensive transition and flow. He is getting to the rim very often, making so much trouble to the opponent’s defense from the Pick and Roll. The opponent’s defense was struggling to get him out of the paint, which why the Spanish point guard finished with the third most free throws attempts on the tournament. With his 1.90 (6,3), the Spanish Point Guard combines a very quick and explosive first step with great ball-handling skills, which allowed him to effectively score out of pick-and-roll and attack closeouts.

Saint-Supery quickness and athleticism allows him to drive easily to either side and has a plenty of moves that allows him to make advantage of his opponents. His playmaking skills and handles are on a very high level, starting from bringing the ball up to court with calmness and high level of confidence, with great ability to solve any kind of pressure (on the ball, full court etc.).He’s good at maneuvering tight spaces with his dribble alive, especially when he’s trying to get to the rim through the crowdy paint. Also, he effectively changes the pace in order to create advantage for himself and his teammates. At the basket, he’s crafty and solid finisher especially with his dominant – right hand. One more thing to add, his touch on the floaters is soft which makes him even more difficult to guard.

In addition of his driving ability for now he’s showing great shooting potential. With his good mechanics and quick release, he’s a good spot up shooter and a threat when it comes to shooting from the Pick and Roll, from dribble and after any created advantage. Mario finished shooting 18-of-57 (32 percent) from three, 33-of-64 (52 percent) from two and 33-of-43 (77 percent) from the free throw line. This Spanish guard has a great touch and could become even better shooter in the future.

Saint-Supery’s scoring ability and overall game is already outstanding, finishing with 21.9 points per game (third on the tournament). He’s very talented offensively, with great ability to create for himself and for the teammates, showing a great self-confidence for his age. Offensively, he is very versatile and a true scorer, who can solve any kind of Pick and Roll coverage. Maybe he has to improve his strength in the years to come, but his motor,speed and quickness are phenomenal for now, with plenty room to improve.

Mario Saint-Supery proved that he can play on the highest level, continuing the tradition of the Spanish basketball with creating and developing great guards. The way how he handles the Pick and Roll situations, with his creativity in passing and making good decisions, makes him even bigger threat for the opponent’s defense. With his outstanding playmaking skills, handles,scoring abilities, creating open windows for his teammates for sure he has a great potential to become superb player in the years to come.